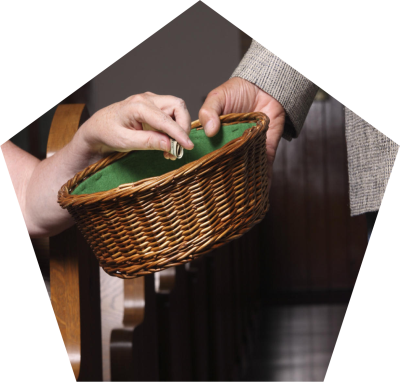 Whenever we approach a prophet, bring a gift with you. The power of your seed increases when you are willing to release it into the hands of a prophet.

2 Kings 8:8-9 – And the king said unto Hazael, Take a present in thine hand, and go, meet the man of God, and inquire of the LORD by him, saying, Shall I recover of this disease? 9. So Hazael went to meet him, and took a present with him, even of every good thing of Damascus, forty camels’ burden, and came and stood before him, and said, Thy son Ben-hadad king of Syria hath sent me to thee, saying, Shall I recover of this disease?

Prophetic ministry has been established in the church to bring direction, confirmation and comfort to God’s people.

The prophetic word will strengthen individuals, churches, businesses and governments. Prophets are called to apprehend excellence in ministry.

They need the rigors of character development. It is in the milieu of training that the prophets will come forth in ministerial integrity and walk the earth without a shadow of reproach.

A true prophet is worthy of your esteem, for they stand in the earth as God’s emissary, ready to speak life into dead situations.

Every seed has power but it increases when you are willing to release it into the hands of a prophet.

Throughout the Scripture, you will find that wise individuals never approached the man or woman of God empty-handed.

They understood that the gift of their offering would multiply in the hands of a prophet, and they were more than eager to release their seed.

In 2 Kings 8:8-9, the king of the land advised Hazael to take a present and inquire of the prophet. Even kings knew the value of placing their gift in the hands of a prophet.

Sustenance of prophets came through the giving of the people to whom he ministered. This same principle is exercised in the world.

When mental problems demand a solution, offerings are willingly and expeditiously given to the psychiatrist.

Somehow, in today’s society, the ministry of the prophet has been devalued and taken for granted.

Somehow we expect to find seasoned individuals that can answer our spiritual questions, and deny our obligation to impart substance into their lives.

Honor is being restored unto those that carry the Word of the Lord, for the prophets of this day are going to prophesy with the precision and skill of a surgeon.

Their prophecies shall be treasured and deemed valuable, for those who receive the Word of the Lord at their hands shall understand and know that the prophet has truly spoken life into their situation.

Hello, I'm Joshua, CEO of SOAB Resources, an excellent designer who can use still, motion and video designs to communicate your ideas, products and services to inspire, inform, or captivate your prospective or present customers. If you're looking for a communication designers to aid sales, marketing, advertising and promotions of your products and services, you're in the right place. After some years of studies, hard work and consistency, I have developed professional skills and experience that will produce the quality you desire. I am available to do PROFESSIONAL & QUICK still, motion and video creation/editing on: * Corporate videos & Social Media visuals. * Logo Design * Graphics arts * Business Brochures * Skits * Motion Videos * Typographic Slideshow * Music/Lyrics videos * Commercials * Explainer & Business videos. * Your family and vacation footage. * Intros/Outros * Green screen fixing / Motion graphics * Videohive templates * Advanced VFX & SFX, Color C. * TV Commercials There’s effective results for online content in today’s thriving internet and social media market, from funny clips to commercials and programme commercials. I have the tools and experience to deliver and bring your idea's to attract and retain customers.